Over the coming months I’ll be celebrating the earlier titles in the Kydd Series, it’s Quarterdeck for this blog. I’d love to hear your thoughts on the book, either as a first-time reader or if you’re a re-reader and have read it more than once! It’s very gratifying for an author to be told that his work has inspired people to go back and read it again. And some of you have told me you have done this more than twice! Either reply to this blog or email me. Every respondent goes into the hat for a chance to win a thank-you prize: two Kydd Series paperbacks of your choice. 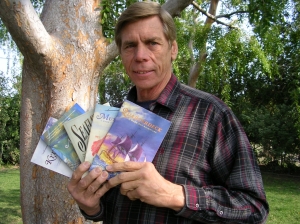 ‘At the battle of Camperdown, Thomas Kydd was promoted to acting lieutenant. Quarterdeck starts right at the examination to confirm his rank. As it turns out, he has a champion on the examining board. However, this is but the first of many obstacles. Kydd is from humble origins, but to become an officer he must now also become a gentleman. If not, he will spend the rest of his career as a tarpaulin officer. And Renzi, his friend, is of course a natural choice to train him in manners and the art of conversation.

So, in Quarterdeck Kydd and his particular friend Renzi set sail in Tenacious for the North American station. The young United States is in dispute with revolutionary France. Kydd soon finds himself seconded as a naval observer to the new-formed United States Navy.

Returning to the squadron in Halifax, Kydd participates in a hydrographic survey, and makes a chance acquaintance with a mysterious, beautiful young woman whom he invites as his companion to an official function in Halifax. As it turns out, this invitation has a number of consequences Kydd was totally unable to foresee!

I found Quarterdeck very interesting. In addition to the action in this book, Stockwin also puts his finger to some of the important differences in class and class culture between the foremast and quarterdeck, and illustrates these differences and their consequences very nicely.’ – Leserglede

For a limited time Quarterdeck is free to download for US readers on Amazon, Apple, B&N, Google, Kobo etc.

Tenacious was of a type of ship rapidly facing obsolescence – the 64 gun two-decker. Already showing her age in the American War, she was nevertheless classed as a ship-of-the-line and was therefore at least theoretically expected to take her place in the battle line at great fleet actions such as Trafalgar. Yet she had a serious weakness: where the standard 74 sported the ship-smashing 32 pounders of a three-decker Tenacious had only 24 pounders. The 64 was an unpopular command for an ambitious captain for they were kept away from the main strategic battle fleets.

She could still be useful: looking like her bigger brethren from a distance a cruise off an enemy port could keep quantities of frigates bottled up. Any important convoy escorted by a ‘ship-of-the-line’ could sail on untroubled, and when there was a colonial expedition mounted, a 64 was sure to be included as we saw in the Cape of Good Hope action in Conquest when three were sent. Nelson’s favourite ship Agamemnon was a 64 and in one famous action took on and defeated four frigates at the same time!

For her ship’s company a 64 was roomier than a frigate and for her officers was more comfortable also, her fitments harking from the earlier more leisurely and colourful years of the eighteenth century. 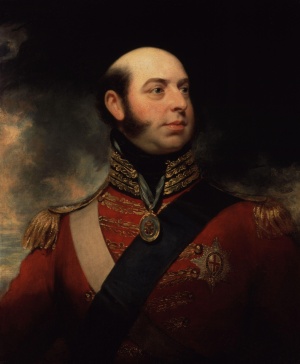 The Prince Edward, Duke of Kent and Strathearn was the fourth son and fifth child of King George III and the father of Queen Victoria. Therese-Bernardine Mongenet was his long-term mistress. Known as Madame de Saint-Laurent, she used the forename Julie. She devoted herself to Edward for nearly twenty-eight years before she was set aside.

Edward was the first member of the royal family to reside in North America for a prolonged period. His North American career is remembered in the name of Prince Edward Island, adopted in 1799. He was instrumental in shaping Halifax’s military defences, protecting its important Royal Navy base, as well as influencing the city’s and colony’s socio-political and economic institutions. 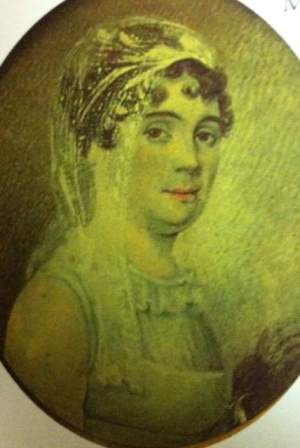 Kydd’s mother Fanny Kydd, as the daughter of a Guildford miller, did well to marry Walter Kydd, the eldest son of the owner of a small wig-making shop, which they duly inherited. Kydd’s mother is diminutive, but sharp-tongued, and being an ardent admirer of John Wesley and the Methodist movement, she often felt called upon to reprove her strong-willed son Thomas. He and Cecilia, however, owe their spirited dispositions to her own innate sense of fun. Since moving from the tiny shop in High Street to the Kydd school, with its more spacious house, Fanny Kydd gets much satisfaction from her herb garden. And now more socially acceptable, Fanny sadly bores her new friends with eccentric accounts of her son’s exciting adventures on the rolling deep.

Previous blog on Quarterdeck Aft Through the Hawse-Hole
Quarterdeck has been published in the UK/US in English, in translated editions, and in ebook, large print and audiobook. The cover of Quarterdeck, an original painting by Geoff Hunt RSMA, is also available as a fine Limited Edition print
Buy on Amazon or The Book Depository (free postage worldwide!) Also available at most bookstores.
Detailed list

Copyright notices
Image of Prince Edward, William Beechey [Public domain], via Wikimedia Commons
Image of Julie [Public domain], via Wikimedia Commons
Every effort is made to honour copyright but if we have inadvertently published an image with missing or incorrect attribution, on being informed of this, we undertake to delete the image or add a correct credit notice