Over the coming months I’ll be celebrating the earlier titles in the Kydd Series, it’s Mutiny for this blog. I’d love to hear your thoughts on the book, either as a first-time reader or if you’re a re-reader and have read it more than once! It’s very gratifying for an author to be told that his work has inspired people to go back an read it again. And some of you have told me you have done this more than twice! Either reply to this blog or email me. Every respondent goes into the hat for a chance to win a special thank-you prize: a Kydd Cap and a leather bookmark 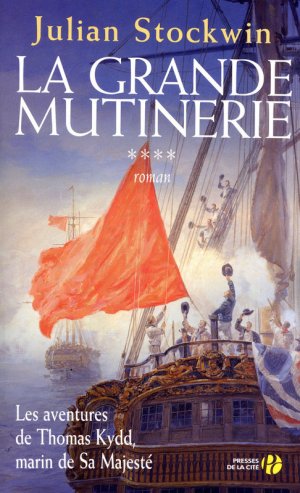 ‘At the beginning of Mutiny, the fourth novel in Julian Stockwin’s brilliant Kydd Sea Adventures series, young Thomas Paine Kydd has reached the rank of master’s mate and has been posted to a different ship than his close friend Nicholas Renzi. For a while, during a perilous mission to retrieve a diplomat from Venice, they are reunited, but by the novel’s climax they are apart again and Kydd is swept up in the Great Mutiny, one of the most amazing events in British naval history. Kydd’s ship is caught in the mass mutiny at Nore, a secondary outbreak which began in sympathy with the original mutiny of the fleet at Spithead. The sailors have struck to win a much needed raise in wages, frozen during decades of inflation. Kydd’s warm heart and sense of fair play lead him to side with the sorely oppressed seamen. But the fierce logic of rebellion and reaction quickly outpace idealism, and our hero faces test after test of his loyalties. It is the nature of a series that we cannot seriously believe it will discard its hero, leaving him dangling from a yardarm; the challenge is to imagine how he can be disentangled from his latest predicament.

Although the drama at Nore is the centre of the novel and the emotional heart of the action, there are enough other strands to fill a novel by themselves. In addition to the Venetian mission, which offers a glimpse of that city in the final days of its long history as an independent republic, we are drawn into a ferocious fleet action, and find time to visit Gibraltar, where Kydd once more demonstrates that his understanding of young women has not advanced as rapidly as his seamanship. In Mutiny, author Stockwin turns a series of huge historical events into engaging tales that compel the speediest possible turning of pages.’– HistoricalNovels.info

The gondolas of Venice

A gondola in Kydd’s day

When Kydd was in Venice the gondolas (some 14,000 compared to 500 or so today) were all painted black in deference to the sumptuary laws. Until the early 20th century gondolas were often fitted with a ‘felze’, a small cabin, to protect the passengers from the weather or from onlookers. Their windows could be closed with louvred shutters and black curtains, perfect for secret meetings and assignations as Renzi discovered…

The gondola is propelled by the gondolier, who stands facing the bow and rows with a forward stroke, followed by a compensating backward stroke. The oar rests in an elaborately carved wooden rest, the forcola, shaped to project from the side of the craft so as to allow the slight drag of each return stroke to pull the bow back to its forward course. Because of the vessel’s flat bottom it may also be ‘drifted’ sideways when required. The gondola is never poled like a punt as the waters of Venice are too deep. 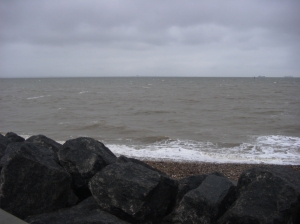 In the course of this book I revisited Sheerness, the bleak setting of this most awesome of mutinies. As I looked out over the cold, drab wilderness of the Nore one particularly raw winter’s day, seeing back into time to those great events, into my mind, too, came remembrance of myself as a very small boy looking out from that very spot to low, grey shapes slipping out to sea, disappearing over the horizon and taking my imagination with them. You can still walk out at low tide over the mud-flats and find clay pipes of Kydd’s time, but he had quite a different experience – this was where he first set foot on the deck of a man-o’-war, and as well crossed a threshold to meet his future.

In the Kydd books there are a number of real characters from the historical record. In Mutiny, we meet Richard Parker, leader of the mutineers during the 1797 Nore mutiny. A complex man, he has been the subject of speculation as to his motives – but one thing is certain: he deeply loved his wife. Parker was born in Exeter in the English county of Devon. He received a good education and at the age of twelve went to sea as a midshipman, becoming a master’s mate. He gave up a career at sea when he married Anne McHardy and the couple moved to Scotland, where Parker unsuccessfully speculated in business in Edinburgh. Too embarrassed to ask his wife’s family for help when financial difficulties arose he panicked and decided to take the King’s bounty and become a common sailor.

Previous blog on Mutiny : Divided loyalties
Mutiny has been published in the UK/US in English, French, German and Japanese and in ebook, large print and audiobook. The cover of Mutiny is also available as a superb Limited Edition print
Buy on Amazon or The Book Depository (free postage worldwide!) Also available at most bookstores
Detailed list