I’m a bit of a gruff creature when it comes to the commercialisation of Christmas – but there’s one thing that I fervently believe: a book is a present that, if well chosen for the recipient, will give hours of pleasure and be a lasting reminder in itself of someone putting thought, not just money, into a Yuletide gift. So do consider adding one or more from this selection to your gift-buying list. Four have a maritime theme; there’s also a Georgian miscellany – and a look at the real ‘Dad’s Army’. Hopefully, there’s something for everyone in this somewhat eclectic selection.

All Things Georgian by Joanne Major and Sarah Murden

This book is written by the authors of the popular blog ‘All Things Georgian’ and takes the reader on a romp through the long eighteenth-century in a collection of 25 short vignettes. Topics covered are rich and varied, from an annual sculling race to the French court at Versailles. In roughly chronological order, and covering the reign of the four Georges, 1714-1830, the stories are brought to life by over 100 stunning colour illustrations. A delightful book to dip into! 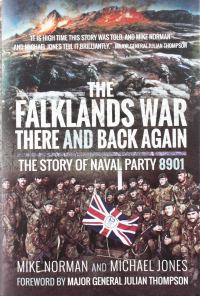 On 1 April 1982 Major Mike Norman, commander of Naval Party 8901, was looking forward to a peaceful year-long tour of duty on the Falkland Islands. But the next day the Argentinians invaded and he and his small Royal Marines garrison found themselves fighting for their lives. They took up defensive positions in and around Government House and on the approaches to Stanley to protect the Governor and delay the enemy’s advance. Forced to surrender they famously returned to proudly run up the Falklands flag again. I was privileged to meet some of the Royal Marines who took part in the liberation of this remote South Atlantic archipelago and this book is a powerful and moving tribute to them.

This superbly produced publication is the first full catalogue of Glasgow Museums’ internationally important collection of ship models. Almost all of the 676 models, which range from elegant cruise liners to humble Clyde puffers, and from simple half-hull design models to magnificent display models, were produced by Clyde shipyards or Glasgow-based ship owners. As well as informative general chapters about the collection, a colour photograph of each of the 676 models is included, along with their salient features. Models of famous ships built on the Clyde include RMS Queen Elizabeth and HMS Hood, as well as historically significant vessels such as the very first passenger steamer Comet and the world’s first commercial turbine-powered vessel King Edward. I’ve not yet had the pleasure of visiting Glasgow’s museums but this book has certainly whetted my appetite to do so.

I’ve long been an admirer of the achievements of Mathew Flinders &nash; and of course am a passionate cat lover – so it was a labour of love to pen the Foreword to this little jewel.
Trim was the ship’s cat who accompanied Flinders on his voyages to circumnavigate and map the coastline of Australia from 1801 to 1803. He lived quite the adventurous life. As a small kitten he fell overboard while at sea but managed to swim back to the vessel and climb back on board by scaling a rope. This cemented his position as Flinders’s beloved companion, and together they survived a voyage around the world, the circumnavigation of Australia and a shipwreck.
An ode to this much-loved feline, which will warm the heart of any cat lover.

I always enjoy memoirs of the last shipmasters in sail. They obviously had a quite different perspective to those in the Sailing Navy but all shared a daily battle with wind and sea. This book details the life and times of Captain John Isbester from Shetland, and takes the reader back in time 120 years, revealing minutiae of not only shipboard conditions but family life in the Shetlands and ports of call. Captain John’s wife, who often sailed with him, penned numerous letters about places such as Sydney, San Francisco and La Rochelle. The author is the grandson of Captain John. Old black and white photographs, maps, and various technical information inform this tale of a life we will never see again.

To the Last Man by Malcolm Atkin 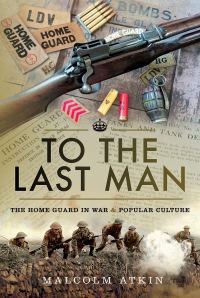 Box sets of the TV show ‘Dad’s Army’ are often dug out for family viewing at Christmas. But just how true to life is this show? The Home Guard was formed in 1940 to fight an uncompromising and essentially suicidal campaign that was to buy a few hours’ grace for the regular forces to re-group after a German invasion. Using official documents, contemporary histories, stories, artwork and poetry, and comparing these with post-war films and histories, Atkin explores how the myths of the Home Guard arose and were exploited by official propaganda and the wartime and post-war media. He also shows how the strong sense of gallows-humour amongst its volunteers was taken up to become the basis of the TV series. A gritty appreciation of the role that the Home Guard was expected to play in the Second World War.

3 Comments on “Yuletide Selection I”