Over the coming months I’ll be celebrating the earlier titles in the Kydd Series, it’s Betrayal for this blog. I’d love to hear your thoughts on this book, either as a first-time reader or if you’re a re-reader and have read the book more than once! It’s very gratifying for an author to be told that his work has inspired people to go back an read it again. And some of you have told me you have done this more than twice! Either reply to this blog or email me. Every respondent goes into the hat for a chance to win a special thank-you prize of a Kydd cap and a leather bookmark.

‘Stockwin’s 13th novel of Napoleonic naval warfare featuring the redoubtable Captain Thomas Kydd of the Royal Navy features more high-seas adventure, ocean battles, bloody melees, and general villainy. After capturing the Cape Colony in South Africa in Conquest, Kydd and his crew are anxious for action. It’s 1806 and Kydd is the captain of the frigate HMS L’Aurore. When Commodore Popham decides to sail his small British squadron to South America to foment revolt against the Spanish, Kydd agrees to support the wild scheme without knowing that Popham plans to start a deadly war without the proper authority; the plan is ill-conceived, poorly supported, and doomed by treachery. Though the British capture Buenos Aires, the locals don’t rise against the Spanish, as had been expected, and while Popham achieves his objective, Kydd and the crew are beset by massive enemy forces and surprising betrayals. Neither Kydd’s imaginative determination, nor the courage of his men, seem likely to prevent disaster. Stockwin, who based this tale on a factual debacle easily overlooked by history, is a master of Napoleonic-era atmosphere and rich descriptions of the military, politics, and society.’– Publishers Weekly

A Kindle Monthly Deal, the ebook of Betrayal will be just 99p from today until the end of March, on Amazon UK and other online retailers.

‘St Helena lifted above the horizon, a rumpled grey shape set against deep blue seas with eager white horses as far as the eye could see. A vast azure heaven was populated with gambolling fluffy clouds, the warmth of the sun grateful to the skin. After their time of testing, the ships of the fleet had found one another and now proceeded in proper formation.‘ – chapter five BETRAYAL

En route to South America, Kydd stops briefly at St Helena, one of the most isolated islands in the world.

Only ten miles by six, St Helena is 1,200 miles from Africa, 1,800 miles from South America. By the late 17th century, island was known as a welcome landfall on the long journey home from the East Indies – a respite from the ocean, where fresh water and provisions could be purchased. There was the chance, too, that other sailors might be there, with news and gossip. 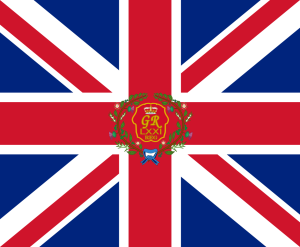 From about 1770, the island enjoyed a lengthy period of prosperity. Captain James Cook visited the island in 1775 on the final leg of his second circumnavigation of the world. Sir Arthur Wellesley, later to become the Duke of Wellington, stayed in 1805, and the famous naturalist William Burchell also arrived that year. During the 18th century, buildings and forts were improved and the historic Main Street of the town was constructed, only to be later destroyed and requiring rebuilding in the middle of the 19th century after white ants from wood used from a captured slave vessel ravaged the town.

In 1815 the British government selected St Helena as the place of detention of Napoleon Bonaparte. He was brought to the island in October 1815 and lodged at Longwood, where he died on 5 May 1821.

And Charles Darwin visited in 1836 on his round the world voyage in Beagle.

Tobias Stirk hails from Hythe on the Channel coast, and a fishing family. He became impatient with the back breaking work of fisherfolk with their small boats on the rough shingle, and disappeared into the notorious Romney Marsh to join a smuggler’s crew. His luck ran out when he was caught by the press gang in the last year of the American war. However he took to the life and volunteered for the Navy on discharge. His talents as a gunner were noted in Alcide in action on the Barbary Coast and again in San Fiorenzo in the West Indies. After a spell in the sloop Terrier in Burma he returned to England to serve (ironically) in a Revenue cutter looking for Cornish smugglers. He was transferred into Duke William for service in the North American station but at the likelihood of war with the French she was sent to England and the Nore. He has the rate of gunner’s mate in Betrayal and appears in a number of the Kydd titles.

Previous blog on Betrayal The Tide Turns
Betrayal has been published in the UK/US in English, in translated editions and in ebook, large print and audiobook.
Buy on Amazon or The Book Depository (free postage worldwide!) Also available at most bookstores.
Detailed list

Copyright notices
St Helena image: By Thornton, engraver, fl. 1790 (themaritimegallery.co.uk) [Public domain], via Wikimedia Commons
Colours image: By Duche de Cleves [CC BY-SA 3.0 (http://creativecommons.org/licenses/by-sa/3.0)%5D, via Wikimedia Commons
Every effort is made to honour copyright but if we have inadvertently published an image with missing or incorrect attribution, on being informed of this, we undertake to delete the image or add a correct credit notice