This Autumn Selection brings together a collection of true life nautical adventures, both above and below the waves. There’s a diving trilogy, one woman’s 18,000 mile epic journey of self discovery across the Atlantic and back – and a poignant portrayal of life at sea and ashore in the 1900s. Delightful reads for both arm-chair sailors and those at sea on their own salty adventures. And, highly recommended for anyone venturing into Neptune’s Kingdom, another excellent guide from Paul Boissier, this time on the nautical rules of the road.

Recollections of an Unsuccessful Seaman by Leonard Noake

Noake joined the nautical training establishment, H.M.S. Conway, in 1903 and served an apprenticeship at sea until 1908 when his detailed memoirs commence with him signing on as a second officer in the European/West African trade. During the First World War he sailed in a number of ships carrying horses, grain and coal. He survived not only being torpedoed in the English Channel, but also making 112 trips between England and Europe on a ship transporting war materials. Noake went on to a number of other adventures but sadly his seagoing career ended when he was diagnosed with tuberculosis. Penned with warmth and humour, this is an engaging tale of one of the genuine war heroes of the age – one of those unknown seamen who signed on for voyage after voyage into war-torn seas to quite literally save Britain.

Into the Abyss by Rod Macdonald 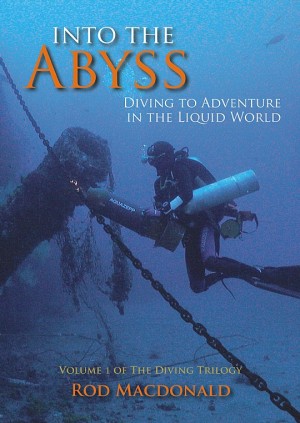 Re-issued as the first volume in ‘The Diving Trilogy‘, this book chronicles diving adventures from the author’s long and varied career. It follows his progression from novice diver in the 1980s through the dangers of the deep air diving era and on to trimix diving in the 1990s where divers began to use commercial mixed breathing gases as the sport of technical diving was born. This opened up vast, previously inaccessible, swathes of the seabed, ushering in a great era of discovery of virgin shipwrecks. ‘The Darkness Below‘ and ‘Deeper into Darkness‘ complete the trilogy and together take the reader on a spell-binding journey beneath the waves.

In Bed with the Atlantic by Kitiara Pascoe

Although never having stepped on a yacht, the author, with her partner, embarks on an epic sail of over 18,000 miles across the Atlantic, around the Caribbean, and then back. At first, she was dogged by doubt and throughout the voyage must overcome challenges and hardship. But sailing back to the UK after three years she realises the difference sailing has made to her life and understanding of the world: how easy it is not to do something, to protect ourselves from risks and ridicule and everything that makes us uncomfortable – but only when we take chances do we get reward and connect not just with the world at large, but with ourselves.

Learn the Nautical Rules of the Road by Paul Boissier

You’re inward bound to a snug harbour from a boisterous sea in filthy weather; you’re delayed and night has fallen. Just as you’re over the bar into calmer waters, from out of a rain squall you see looming two white lights, one above the other and a confusing three reds around the higher and it’s coming up fast. You’re going to have to put about to get around the point – you decide to cross astern of the vessel after it passes. Too late you remember that what you’ve just seen are the lights of a ship Restricted in her Ability to Manoeuvre – and the heavy line of her tow brings your voyage to an unhappy end.

Learning, understanding and remembering the International Regulations for Preventing Collisions at Sea (COLREGs) is essential for anyone venturing onto the water. This book is aimed at both yachtsmen and professional mariners. Author Paul Boissier has spent much of his professional life at sea in the Royal Navy in a wide variety of vessels – and is also a very experienced yachtsman. Anecdotes and detailed explanations throughout this book make the nautical rules of the road very clear, as do the well conceived diagrams. A timely, readable and absolutely essential guide.