Who Really Sank Bismarck, the Pride of Hitler’s Fleet?

Iain Ballantyne’s blog on submarines of the Cold War generated quite a deal of interest so I’m delighted to welcome Iain back again as a Guest Blogger, this time his topic is slaying the myths of the battleship Bismarck. Iain has released a paperback edition of ‘Killing the Bismarck’ which provides some fascinating updates to his earlier hardback and is justly recognised as the definitive account of the British part in the battle.

The smoke over the water had not long dissipated, the fire snuffed out and thunder only just faded. The wrecked battleship Bismarck was now lying on the floor of the ocean, the majority of her crew killed aboard or drowned.

The British battle-wagon HMS Rodney sailed away from the scene of combat in company with the Home Fleet flagship HMS King George V. It was Rodney’s massive 16-inch guns that did the close-up killing of Bismarck. 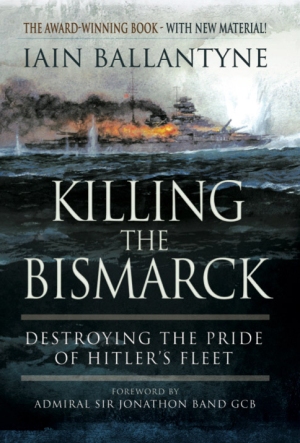 If you believed this triumphant verse, it was all pre-ordained and those impudent Germans should have known better than challenge an island nation that had ruled the Seven Seas for centuries.

In some ways Rodney’s sailor wasn’t wrong. The Germans had sent out their newest, most powerful battleship along with the heavy cruiser Prinz Eugen to destroy Allied convoys. While delivering a serious blow by sinking the battlecruiser HMS Hood on 24 May, the Germans soon discovered the Royal Navy could soak up disaster, spring back and bring its still considerable might to bear.

The reality is that no warship is unsinkable, no navy can totally control the oceans, but the British had more experience and a bigger, better-balanced navy than Hitler had allowed his admirals to create.

However, if you are to believe today’s majority perception of the Bismarck action the German battleship was unsinkable – in fact, she was so strong and invincible that it wasn’t the British guns and torpedoes that sank her, but her own scuttling charges.

Debate has raged for years around this point, making it the focus of underwater investigations on Bismarck’s wreck. Some found ‘proof’ that scuttling sank her; while others have offered evidence she was already sinking due to the holes caused by British shells and torpedoes. 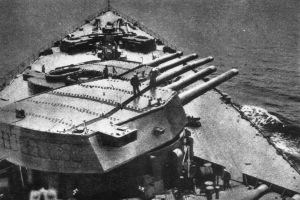 The mighty 16-inch guns of HMS Rodney – the weapons that destroyed Bismarck.
Credit: US Naval Heritage and History Command

The narrative presented in many books on the Bismarck action makes too much of the German ship’s newness, of her 15-inch guns with their exceptional accuracy and of her awesome silhouette. The reality is that she was deeply flawed. Created in a hurry after Hitler came to power, Bismarck’s design was of First World War origin, with an armoured deck too low and a citadel that failed to protect the vital command, control and communications organs – and also people – that made her a formidable fighting unit. Her anti-aircraft gunnery record was lamentable, failing to shoot down a single Swordfish during two attacks by aircraft from Victorious and Ark Royal. Her steering was poorly designed and when she turned over and sank her badly welded stern fell off.

But sea battles are not a game of top trumps, comparing calibres of guns and flaws in naval architecture. What matters is the human element and in that respect Bismarck was defeated before her final battle. Her men were utterly demoralized by being harassed across the ocean by the British. They had experienced a huge high after destroying Hood on 24 May but by 26 May were in a deep depression. They regarded the admiral in charge of their raiding mission as a Jonah and saw their chances of reaching a safe port as virtually zero. After the Swordfish attack that destroyed their vessel’s steering, many in Bismarck’s crew just gave up.

And this brings us to the key element of controversy that my book ‘Killing the Bismarck’ presents, namely the contention that some of her crew tried to surrender at the height of the battle. When the hardback edition was published, and the surrender angle received national newspaper coverage, this caused outrage – from the USA and UK to Poland – among the ranks of those who still believe in the ‘invincible Bismarck’ myth.

One thing I have learned over the past decade or more that I have been writing naval history books is that the accepted view of how events happened often collapses, or at least can sometimes prove open to question, when you go deep into the archives.

With regard to the Bismarck action I looked at the ‘surrender’ claims via three different accounts. I found one (by a Rodney officer) in the archives of the HMS Rodney Association. In another, the son of the man involved (a rating in Rodney) volunteered transcripts and sound recordings. The third, from a sailor in the cruiser HMS Dorsetshire, was in the archives of the Imperial War Museum. The signs that these men saw included a man sending a signal via semaphore, mysterious light signals and a flag raised that seemed to indicate a desire to ‘parley’. 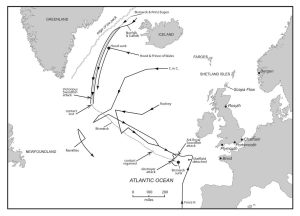 Battle map showing the scope of the Bismarck action from 23 May 1941, when Bismarck and Prinz Eugen were shadowed by British cruisers, through the Battle of the Denmark Strait, on 24 May, to the final clash on 27 May
Copyright © Dennis Andrews

I don’t see why these men would lie. I believe they saw some of Bismarck’s men trying desperately to surrender under a devastating weight of fire from two British battleships and two heavy cruisers. In the fore part of Bismarck, the British shell hits soon slaughtered hundreds of men and potentially killed the entire command team.

The British sailors I quote were in a very good position to see what was happening. They were in action stations with an excellent view of the enemy and certainly in Rodney’s case they had high-powered optics and could see with shocking clarity what was happening. I don’t think people realize just how close Rodney was in the final moments. The men who were best able to see what was happening in the fore part of Bismarck were sailors in British warships, not German survivors. The latter mainly came from well-protected engineering spaces deep within the citadel or served in the equally robust main armament turrets aft.

Was it possible for the British to take Bismarck’s surrender? No. Some sailors may have been trying to surrender in the fore part of the ship, but their shipmates elsewhere continued to fire on the British. Was it an attempt to surrender on authorization of Bismarck’s commanders, or just an initiative by some sailors who understandably wanted the killing to stop? Nobody will ever know for sure. No battleship deep in the heat of action has taken the surrender of another, at least not since the end of the wooden walls.

Rodney and King George V were two very important capital ships. The British didn’t have many and the Royal Navy was in May 1941 taking a hammering in the Mediterranean during the Battle of Crete. Bismarck’s sister battleship, Tirpitz, was expected to set sail at any moment while there were other German high seas raiders lurking in Brest, waiting to come out and savage Allied shipping.

To risk King George V and Rodney would have been a gigantic strategic error. Bismarck’s ensign continued to fly, she was still firing and for the sake of Britain’s security she had to be destroyed as a fighting entity. After the guns ceased firing on both sides – and it’s worth pointing out the Bismarck’s guns did not fall silent until the British put them out of action – it was a different matter. The brotherhood of the sea saw the hand of mercy extended.

The most controversial element of the fresh material in this edition of ‘Killing the Bismarck’ is an account by an aviator who took part in the May 26, 1941 attack on the German battleship that fatally damaged her steering. Terry Goddard was a young Observer in a Swordfish of 818 Naval Air Squadron. Until he got in touch with me I thought John Moffat was the only living veteran of that crucial episode. 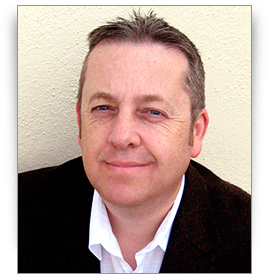 Terry, who is now 94-years-old, read the hardback edition of ‘Killing the Bismarck’ and emailed me offering an account he had written of his part in that mission, which I present as the headline element of new material in the paperback.

It does contradict some recent claims about whose Swordfish torpedo did the fatal damage to the German battleship. History is organic, and ever evolving, with fresh perspectives to be discovered even now more than 70 years on from the Bismarck action.

I was also pleased to be able to present material from another surviving veteran, who back in May 1941 made a transatlantic passage in Rodney as a 17-year-old midshipman. There is also a blow-by-blow account freshly rediscovered by the son of a Royal Marine officer who served in the gunnery director position of the cruiser Norfolk.

Of course as the years go by the opportunity to encounter veterans of the Second World War is diminishing rapidly, so I doubt very much there will be another edition of ‘Killing the Bismarck’ that presents fresh eyewitness material on top of that already discovered. However, even as the paperback rolled off the presses, I heard of another veteran who may have a story worth telling and who is still with us…

‘Killing the Bismarck’ is published by Pen & Sword. I have three copies of the paperback to give away. To go into the hat, email julian@julianstockwin.com with the name of the naval current affairs magazine of which Iain is currently editor.

Please include your full postal address. Deadline: June 3. Winners will be notified by email.

Iain is the author of seven naval history books. His most recent hardback is ‘Hunter Killers’, Orion Books.

← COMMAND: the watershed book
BookPick: A Home on the Rolling Main →

23 Comments on “Who Really Sank Bismarck, the Pride of Hitler’s Fleet?”