My main research interest is in the Royal Navy at the time of the French Revolutionary and Napoleonic Wars (1793-1815) but having served in both the British and Australian Navy I also enjoy reading about other navies, ships and men from other times and different theatres of conflict. This selection includes a memoir from a Russian admiral, a major work on the modern cruiser, and a round-up of just what happened to the enemy fleets after the two World Wars.

The First World War at sea in northern waters is often portrayed as a purely German and British affair but the Russian Baltic fleet saw frequent and at times desperate action against Germany. Vividly written in Shanghai in 1922, this memoir remained unknown for several decades until its publication (in Russian) in New York in 1961. Translated into English by naval historian Stephen Ellis, it offers unique insights into the characters of key figures Rear Admiral S N Timirev met during his years of service. Timirev was well placed to make observations on the operations of the Baltic Fleet from 1914 up to 1918. He had trained alongside many of the commanding officers and fought in the Russo-Japanese War of 1904-05 and the siege of Port Arthur with them. This edition is complemented by extensive notes and commentary. A spotlight on the Russian mind-set in home waters and engaging account of Russian naval operations in general during these formative years of the First World War and the Russian Revolution. 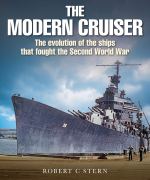 Having undergone a convoluted development, cruisers vary more in their characteristics than any other warship type. I have to confess that in my time I would have liked to serve in a cruiser – halfway between the snug living of a destroyer and the huge complexity of a capital ship. Stern chronicles the fortunes of this ship-type in the twentieth century, beginning with a brief summary of development before the First World War and an account of a few notable cruiser actions during that conflict that helped define what cruisers would look like in the post-war world. The core of the book is devoted to the impact of the naval disarmament treaty process, which concentrated on attempting to define limits to the numbers and size of cruisers that could be built. How the cruisers of the treaty era performed in the Second world War forms the final focus of the book, which concludes with a look at the fate of the cruiser-type since 1945. This single-volume account of the complex development of the cruiser gives me a fine insight into the breed and makes for a comprehensive reference for all students of naval warfare.

Spoils of War by Aidan Dodson and Serena Cant 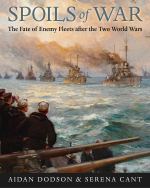 This book traces the histories of navies and ships of defeated powers from the months leading up to the relevant armistices or surrenders through to the final execution of the appropriate post-war settlements. It discusses the way in which the victorious powers reached their final demands, how these were implemented, and to what effect. The later histories of ships that saw subsequent service are also described. The authors have drawn on archaeological evidence as well as archival sources, and include numerous photographs, maps and extensive tables of details of individual ships. For those who need to finally know the ultimate fate of the often gallant ships that strove against the Allies in both world wars, this is the book.

3 Comments on “Bookpick: Naval Warfare in the Twentieth Century”