Heave Ho for the Festive Season!

This year seems to have flown by – with two Kydd titles, Persephone and The Baltic Prize, published Kathy and I certainly have been kept busy. We’ve also managed a location research trip to the Netherlands and Belgium gleaning material for future books. Next year looks set to be just as hectic, also with two Kydd titles in the pipeline. As usual, there will be an offering of Collectors Sets for each book. I’ll be releasing details of these in due course but in the meantime you can register your interest by emailing me at the address below.

The Iberian Flame will be published on June 14 in the UK (a few months later in the US, Canada and Australia)

Here’s a taster of the book: 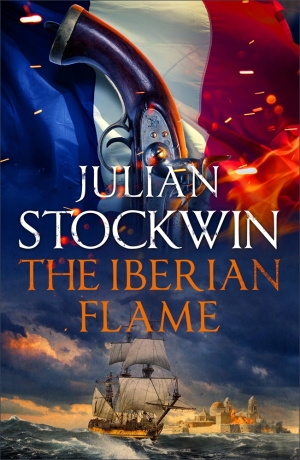 1808. With the Peninsula in turmoil, Napoleon Bonaparte signs a treaty to dismember Portugal and put his brother, Joseph, on the throne of Spain. Meanwhile, Nicholas Renzi, the Lord Farndon, undertakes a deadly mission to stir up partisan unrest to disrupt this Napoleonic alliance with Spain. Thrust into the crucible of the uprising, Captain Sir Thomas Kydd is dismayed to come up against an old foe from his past – now his superior and commander – who is determined to break him. Kydd will soon face the greatest decision of his professional career.

Bonaparte, incensed by the reverses suffered to his honour, gathers together a crushing force and marches at speed into Spain. After several bloody encounters the greatly outnumbered British expedition have no option other than make a fighting retreat to the coast. Only the Navy can save them. But the flame of insurrection has been lit – and the Peninsular War has begun.

The second 2018 book is as yet untitled and will be published in October.

I’ve been touched by your wonderful comments on this book. Here’s just three:

‘One of the best yet, a fabulous read. Next please.’

‘If you enjoy historical fiction books the man to be in awe of at the present is Julian Stockwin. His Thomas Kydd series is outstanding but what’s really amazing is that we are now on book 19 and it shows no sign of stagnating or slowing down its still as fresh and exciting as ever.’

I always enjoy hearing from readers and will respond as soon as I can, usually within 48 hours. I can be contacted at this email or by snail-mail to Julian Stockwin, c/o Pawlyn & Co, 6 Costly St, Ivybridge, DEVON, PL21 0DB.

(The Baltic Prize is available in the States now as an ebook and will be out in hardback there on January 2.)

My blog on Christmas at Sea 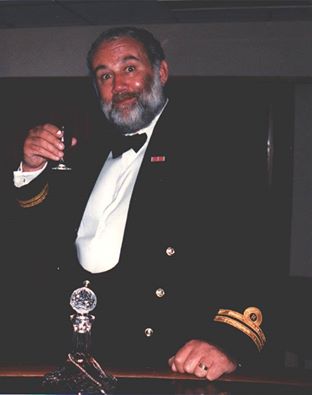 And a Happy New Year to you all!

10 Comments on “Heave Ho for the Festive Season!”