Contests: A Trio of Goodies!

We all love a chance to win and I hope there’s something to tempt everyone here with not one but three prizes on offer! The contests close on July 20 and you may enter all for which you’re eligible. (The Silk Tree contest is restricted to UK residents; the other contests are open worldwide.) Best of luck! 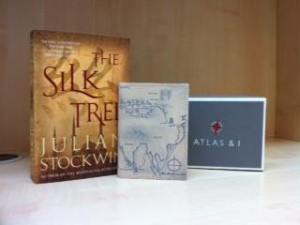 Last week the paperback of The Silk Tree was officially launched in the UK. The influential book recommendation site Lovereading says of this novel:

‘A non-stop, action-packed adventure from 549 AD spanning the fascinating Roman and Chinese empires…an entertaining, enjoyable read and one you can gallop through in an easy sitting.’

My publisher Allison & Busby has launched a competition to win a stunning unique leather notebook (with the map of the heroes’ route as the cover) plus a copy of the book. Enter the contest here. 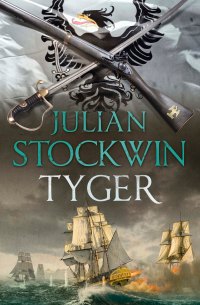 Tyger is the next book in the Kydd series, out in the UK and US in October. Twelve Advance Reading Copies are up for grabs!

The greatest naval trial in the Georgian period is underway at Portsmouth with the court martial of Sir Home Popham, Captain Sir Thomas Kydd’s commanding officer in the doomed occupation of Buenos Aires. Kydd has some sympathy for Popham’s unauthorised action but his support for his former commander leaves him athwart some very influential people in the Admiralty.

With his frigate L’Aurore unfit for sea, Kydd is given a commission that some hope will destroy his career. Tyger has recently mutinied but instead of having her company dispersed around the fleet as is customary, the ship is pressed into immediate service in the North Sea. Kydd faces a crew still under some malign influence. Enemies aboard and on the high seas are just the start of the problem…

If you would like the chance to secure an Early Reading Copy of Tyger, several months before it is officially published, email admin@julianstockwin.com with ‘Advance Reader’ in the subject line and your full postal address in the body of the email. 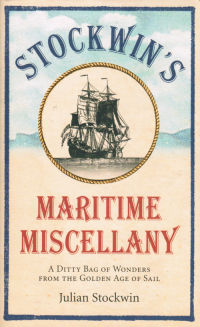 A Ditty Bag of Wonders From the Golden Age of Sail

‘This book is a delight and a labour of love. The author has been involved with the sea all of his life, serving in the Royal Navy and the Royal Australian Navy. Through his working life and his more recent career as a writer, he has collected a huge amount of information. From this fund of knowledge, he has selected a collection of facts and anecdotes, details of events and museums, insights into the life of seaman during the golden period of sail. The diversity of information and the fascinating explanations of the background to commonly used words and phrases, such as ‘high and dry’ and ‘first rate’, will appeal to a very wide readership.’
– Firetrench Reviews

Would you like the opportunity to win a copy? Email admin@julianstockwin.com with ‘Miscellany’ in the subject line and your full postal address in the body of the email.

2 Comments on “Contests: A Trio of Goodies!”