Audiobooks are on the up! According to Michele Cobb, President of the Audio Publishers Association, who spoke on a panel at Digital Book World 2015 in New York City recently, the past few years have seen an exponential growth both in audiobook sales and in the volume of titles released into the market. 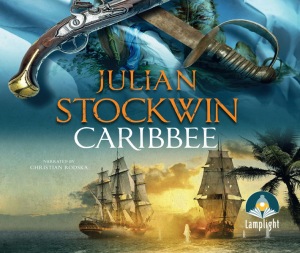 On a personal note, Kathy and I are greatly enjoying re-listening to our audiobooks of the Kydd series. We’re working our way through and treat ourselves to but 30 minutes each day of actor Christian Rodska’s superb renditions (or the new book won’t get written…)

There are seven sets up for grabs in this contest. All the Kydd books are standalones in their own right, but each audiobook set prize will comprise two consecutive titles. Click on the link of any individual book below to hear a sample!

And as an extra bonus there’s 20% off all Kydd titles at Whole Story Aubiobooks for the next two weeks. Click on the special Kydd Series Banner and just add the discount code ‘KYDD’ at the checkout.

Treachery (The Privateer’s Revenge in the US)
Invasion

To enter, email Julian saying, in no more than 25 words, why you would like to win a set. Please include your postal address. The seven entries judged the most apt and original will win a set of two audiobooks, chosen at random from the list above.