From Two Advance Readers of CARIBBEE 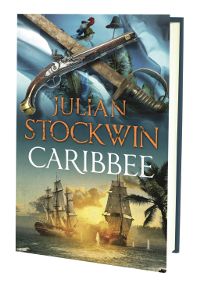 CARIBBEE, out next month!

Earlier my publishers made available some advance review copies of CARIBBEE as contest prizes. I’ve had some wonderful feedback on this book from the winners – and I’d like to share two of their comments.

‘Thank you for your advance copy of this superb book, I enjoyed it immensely and it was the perfect companion during a recent mini cruise to Guernsey.

The book is, as always, written with an obvious empathy to the quirks of the Royal Navy, which I am proud to admit that I served for 24 years. The author clearly understands the traditional barriers that exist between the upper and lower decks, and the isolation of command and weaves them into the many threads and plots that carry the reader from flat calm to Force 9 action with seamless continuity that makes it very hard to put down. 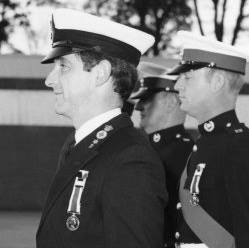 In this episode of Kydd’s adventures, he sails from disaster in the South Atlantic to the Caribbean, where he experiences disaster and victory with his companion and soul brother Renzi. A side plot entails the rescue of his valet, Tysoe, from slavery, and such deviation from the main plot enriches the reader experience, rather than distracting them from the excitement of the chase.
It is Kydd’s task to save the Caribbean Sugar industry from destruction as reports are received of the French intercepting the valuable cargos en route to England in the Caribbean. The chase is on and Renzi’s intelligence role is called upon to determine the location of the French HQ.

This is not the only plot, and, at one point Kydd is, apparently, discredited by another captain and then accused of his murder. Will Renzi be able to save him from the noose? 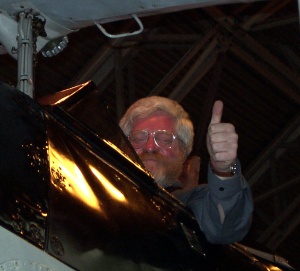 John Evans in the cockpit of a Swordfish, Royal Navy Historic Flight Centre

I’ve now read my proof copy of CARIBBEE three times; excellent, it progresses Kydd’s career as I hoped it would.

Although not a professional sailor, this son of a Royal Navy chief engine room artificer grew up amidst the Royal Navy of the 1950s and 60s and has been steeped in the best of naval literature ever since he learnt to read. Julian Stockwin’s ‘Kydd’ novels stand at the highest level in the fiction category. His plots hold the reader’s attention admirably, particularly as they are based on well-researched historical facts and his personal knowledge and experience of naval life. Forester and O’Brian were great authors but Stockwin was a seaman and naval officer and it shows: his ships manoeuvre and fight with a realism that can’t be faulted no matter how hard one tries, and his descriptions of the geography in which his characters operate evoke a sense of place that is palpable. 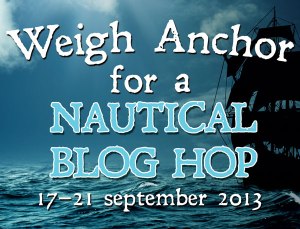 Latest in the series is CARIBBEE. Kydd’s beloved frigate L’Aurore has escaped from the River Plate and hurried north under orders to seek assistance for his commanding officer Home Popham. The sunlit Caribbean could not be a greater contrast with the dismal mudflats and tortuous channels of the Plate, and Kydd and his great friend Renzi are happy to be returning to the scene of their adventures as seamen years before when they served in the cutter Seaflower – but dangers from nature and man very soon have both of them stretched to the limit of their abilities. Perhaps beyond . . .

Now for the all-too-long wait for the next ‘Kydd’, which will test the patience greatly.’
– John Evans

——
Watch out for some great contests and features in the lead-up to the publication of CARIBBEE next month.
And – coming soon – I’m participating in a Nautical Blog Hop!

3 Comments on “From Two Advance Readers of CARIBBEE”