BookPick : Disaster and Survival at Sea

It has been estimated that, astonishingly, more than three million shipwrecks lie on the ocean floor. The figure dates back to when humans first began venturing into Neptune’s Realm. The oldest wrecks include 10,000-year-old canoes while the newest are 21st-century shipwrecks. In the period (1793-1815) in which my Kydd tales are set, many ships were sent to Davy Jones’ Locker, some due to enemy action; others succumbing to the wrath of Mother Nature. In more recent times I personally experienced a peacetime collision between two Australian warships, Melbourne and Voyager resulting in the sinking of the latter with much loss of life. 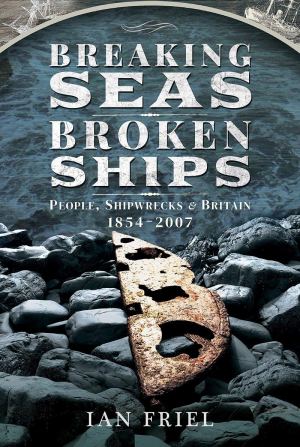 The author follows Britain’s maritime history from 1854 to 2007 through some of its most dramatic shipwrecks. From the country’s imperial zenith to the very different world of the early twenty-first century – an extraordinary range of people, ships and events, including the crew and passengers of a state-of-the-art Victorian steamship who vanished in the Atlantic; the sailors of a doomed collier brig in the dying days of sail – and the wives and children they left behind; a lowly ex-naval stoker who went into showbiz with his version of a disaster caused by an admiral; a First World War merchant ship captain who fought a running battle with German U-Boats; the courage and compassion shown by British sailors who escaped their dive-bombed ships; and the people who confronted the ‘black tide’ left by the oil tanker Torrey Canyon.
The book includes an extensive bibliography and notes as well as fascinating photographs; the cover is a poignant image of the underwater remains of the rudder of SS Hoche, a steamship wrecked in North Devon in 1882. 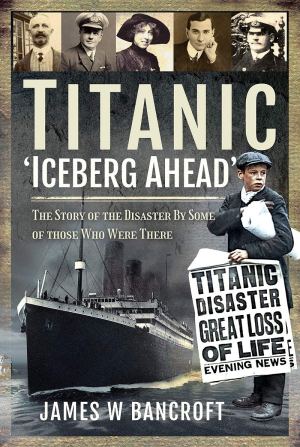 On 10 April 1912, people from all walks of life began embarking aboard Titanic, then the largest ship afloat, for what was to be the trip of a lifetime on the ship’s maiden voyage across the North Atlantic. Many were looking forward to starting new lives in the United States. However, just before midnight on Sunday, 14 April, Titanic‘s crew sent out distress signals, ‘We have struck an iceberg’.
The liner had been steaming at speed when it collided with an enormous iceberg which laid open her bilge under the waterline for more than 100 yards, rent agape five of the front compartments and flooded the coal bunker servicing the boilers. The damage was fatal, and some three hours after the disaster began to unfold the last visible part of Titanic slipped beneath the waves. There were only sixteen lifeboats and four collapsible dinghies, completely insufficient for the numbers making the crossing. As a consequence, more than 1,500 passengers and crew died: two out of every three people on board perished.
This is the compelling story of the disaster taken from eyewitness accounts of fifty of those who were there.

Surviving the Arctic Convoys as told to John R McKay 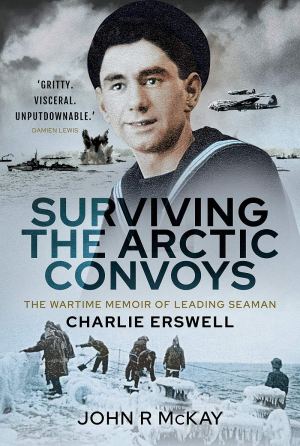 Leading Seaman Charlie Erswell saw much more than his fair share of action during the Second World War. He was present at the 1942 landing in North Africa (Operation TORCH), D-Day and the liberation of Norway. But his main area of operations was the Arctic Convoys, escorting merchant ships taking essential war supplies to the Russian ports of Murmansk and Archangel which Winston Churchill described as ‘the worst journey in the world’.
Erswell served on two destroyers, HMS Milne and Savage. His story, as told to John McKay, is more than one man’s account; it is an inspiring tribute to his colleagues, many of whom were killed in action. This story of bravery and endurance gives an appreciation what it felt like to be there in such hellish, freezing cold Arctic seas while under fire from U-boat torpedoes, Luftwaffe bombs and with the ever present threat of surface raider monsters like Tirpitz and Scharnhorst lurking nearby in Norwegian fjords.
Fittingly, the book was released to coincide with the 80th anniversary of the first Arctic Convoy, which sailed from Liverpool on 12th August 1941.

Still looking for bookish inspiration?
You might also like to take a peek at my other BookPicks this year
Enjoy!

3 Comments on “BookPick : Disaster and Survival at Sea”